Tweaking the Rifter and illegal mining

In all, I've had seventeen demands for your badge. Some want parts of your body attached. Why did you have to upset everybody?
-- Lord Vetinari reproves Vimes. 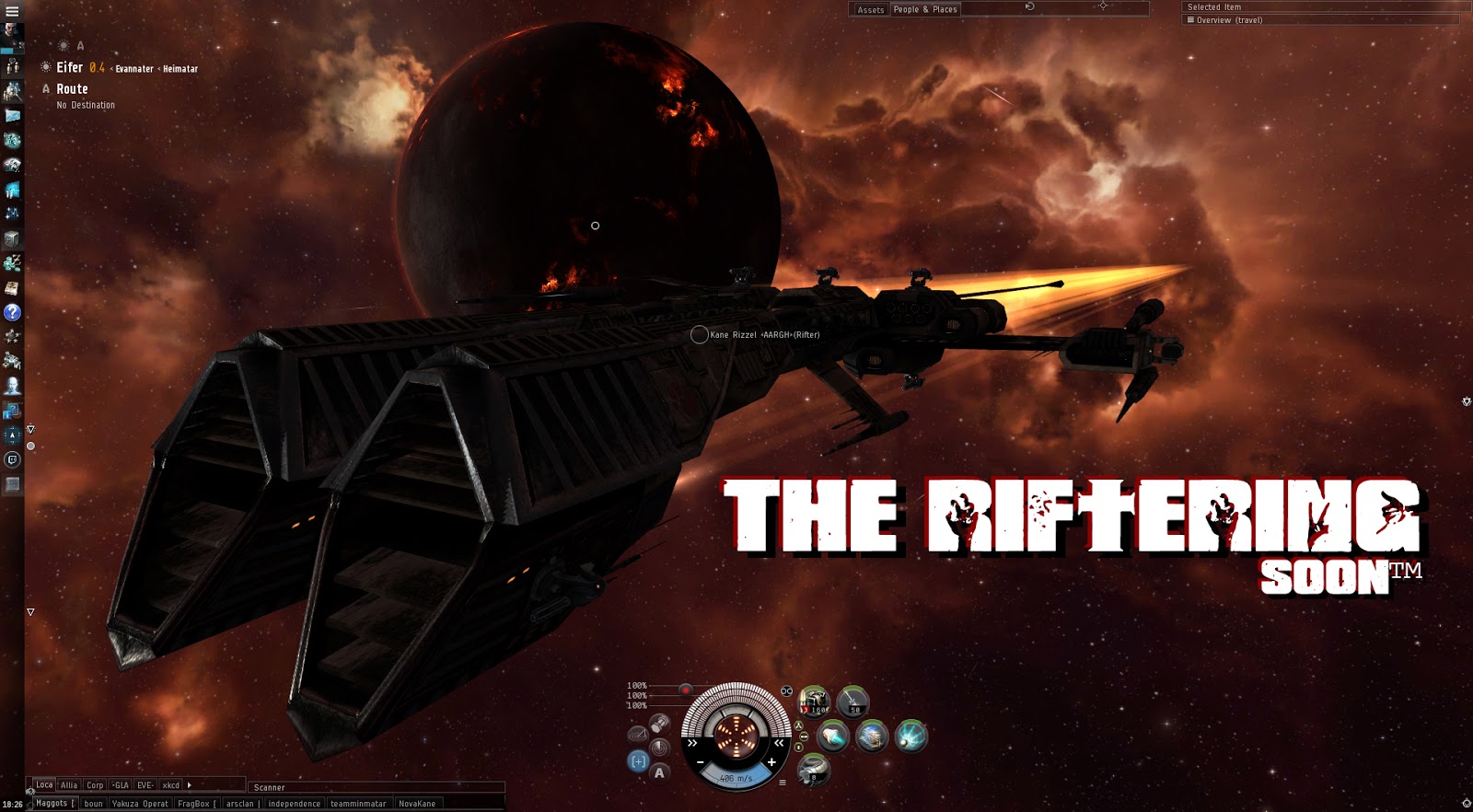 Mr Sard "I don't need no Bastion" Caid has called me out, a once proud Rifter warrior blogging about ships other than the Rifter, but have no fear, a recent update to the systems of the once mighty frigate have me flying my favourite iconic ship once again, I have however found a slight flaw... It doesn't do well when there are more of them than there are of me.

Kane Rizzel > gf
Sarcos > gf
Johnny Twelvebore > apologies for the blob:) << There were only three of them and I almost had the rail Atron
Kane Rizzel > np :)

This is the second loss in Evati, yesterday a Firetail narrowly escaped in 10% hull when his destroyer friend exploded me whilst I was busy violencing his vessel. Seems Faction Warfare has picked up as the numbers flying about would seem to indicate that I will be hard pressed to find the mythical 1v1 the Rifter so desperately craves.

So I headed back to Gusandall to fit another Rifter but a lone miner was reported in Eifer with a broken tail light, so I boarded my Police ship and went to investigate

Sure I didn't make any money or make any explosions but sometimes I just want to see the universe smile.

Back to Rifters, The Riftering is still going to happen, I have a lot of things to deal with at the moment, least of all is working six days a week, so as soon as I can set a date I will do so and make all other arrangements, I'm so looking forward to finally being able to confirm it and actually getting it going.
Posted by Kane Rizzel at 11:50

Is Johnny Twelvebore the most apologetic blobber in the game? :p

I have had that apology before and sometimes on entering local I see him apologising to others. lel