This makes me happy

unfortunately I discovered EVE quite recently...World of Warcraft and other MMOs made me miss that awesome game over the years. But now I am totally addicted to the game. I am training my skills, practise fighting, read every tutorial on the Internet i can find. That's how i found you and your great blog.

When starting EVE it took me about 5 mins. to recognize, that I wanna be a red flashing pirate/pvp'er who makes people angry bite in their keyboard :-) Glittering missionrunning is not my game....

So i just want to thank you for your work, which makes a rookie's life (like mine) easier. So I will go on reading, learning and hoping NOT to be shoot by you anywhere in space :)

Have a good time and keep up the work mate!

PS: Sorry for my English, it's not my first language.

Thank you Greg, and you're welcome, good luck and good hunting :)
Posted by Kane Rizzel at 06:51 1 comment:

No enemies had ever taken Ankh-Morpock. Well *technically* they had, quite often; the city welcomed free-spending barbarian invaders, but somehow the puzzled raiders found, after a few days, that they didn't own their horses any more, and within a couple of months they were just another minority group with its own graffiti and food shops. 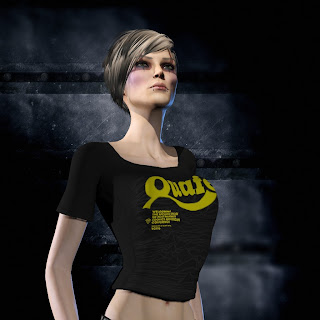 Keira has started running Incursions with The Valhalla Project, courtesy of TetraEtc. Many thanks for hooking her up.

Incursions are interesting and the communities that do them can be quite competitive, even as far as purposefully denying other groups from running sites by overwhelming odds in sites without being able to cash in on the rewards, or capping the Incursion by killing the mothership early, denying everyone from making ISK. Incursions are very, very serious business.

Last night, two such groups ended both high security space incursions, denying all communities a few days worth of ISK.

The mechanics are interesting the gangs themselves are actually fun to fly with, something a little different and before everyone asks why, because she can.

She purchased a Vindicator, a dead sexy vessel of bad-ass awesome and it's fun to fly, but when an entire incursion decides to primary you it's thanks to some very switched on Logi pilots that you don't become a statistic.


The Vindicator's DPS is unf

I'm trying to find the inspiration for a small work of fiction I want to write, I've looked back over the years and a lot of my best writing was done in an almost fiction like style, which I haven't used in a very long time. This is my 409th blog about my adventures, five and a half years of stories and adventures. It's been a very long road, ups and downs, but still here, still strong.

I have Kane back, account restored with apologies, hopefully targets will present themselves and violence will ensue. 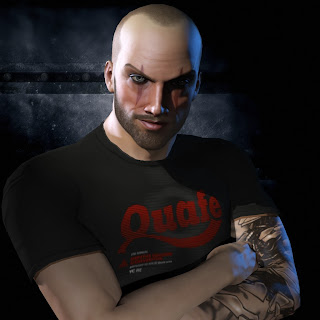 It's just that CCP are having a few technical difficulties with my account, it went dead on July 12th, I was told it had been fixed on the 15th... And still nothing.

A day ago the future had looked aching and desolate, and now it looked full of surprises and terror and bad things happening to people... If she had anything to do with it anyway.
-- Granny Weatherwax commits optimism
(Terry Pratchett, Maskerade)

A few weeks ago I was gifted a Hematos by Sard Caid, I already own a Violator and had used it once or twice to rather hilarious effect. The Hematos I really liked, some nice bonuses and a decent slot layout meant I liked it more than the Violator and was a little more bold.

I was very bold earlier this morning when a Gnosis appeared on scan in Eifer, my long time friend and accomplice  otified me of a young pilot in said Gnosis running a drone anomaly and had already set up the warpin. I entered Eifer in my Hematos conveniently named Flyitlikeyoustoleit.

I landed at 5km away from the Gnosis and engaged, his tech 1 hobgoblins immediately set upon me, and then something curious happened, I exploded.

A little surprised, it took me a moment to gather my senses and warp my escape pod out.
Even more surprised when I looked at the killmail and saw that damn near everything dropped... A nice little payday for the Gnosis pilot, along with a shiny killmail.

Of course when the Gnosis pilot returned to Eifer and started running another anomaly, I returned with something less foolish and revenged. A rather smug now Gnosisless pilot pointed out he won the ISK war but I suppose he is right :)

Moving on, I'd like to extend my apologies to  anyone I spoke to about that thing with that POS, but it seems whenever I get a bee in my bonnet about some fools trying to move into my home, they're all hurf blurf and then disappear. The POS is still there but the pilots seem to have gone walkabout elsewhere.

Again I want to ask for some help

Keira would like to start running some Incursions and I'm interested in finding out how to make it happen. Any information would be appreciated. Here is her skill set if it helps.

She is a competent logistics pilot but can add DPS if needed, I know some crews require absolute max skills from their DPS ships and a rather large amount of bling.

Do you still make ISK as a logistics pilot? And can she stay in NovaKane?

The wheel always turns... But that only matters to those on the rim

From time to time I like to look back and marvel at how far I've come, or how low I've sunk.
Good days and bad, from my early days as a small pilot in a small alliance in Catch, the upstart Huzzah making waves against the likes of FIX, then off to bigger things with the games largest alliance at the time ASCN and my first large scale war against Band of Brothers, a short stint in a reborn Curse alliance and then off to Goonswarm where my taste for nullsec was soured, so I spent my time as part of Rens 911, a small bunch of Goons who would play with the numerous war targets Goons would acquire along the way.

My friend Steve Dave who was in Mercenary Coalition at the time said I should try Piracy... And here I am, over six years later.

I have done a great many things, but never have I had the opportunity to kill a super capital, it's still something I wish to cross off my list... One day™

I remember AlphaMeridian, aka James Caple-Nisby, who we lost two years ago now, I remember helping him with his first Flipmode Industries highsec POS take down, I remember what a great guy he was and how devious he could be, all the while laughing and enjoying the game he played. I wonder what he would think of EVE now and how far the game has come.

We've all lost friends, may their skies always be clear.

I remember old friends, who no longer play this marvellous game, but who instead choose to play a game called Real Life™, sure the graphics are very realistic, but even though it is the ultimate sandbox, you're far too limited and some of the end game bosses are just plain scary, nothing can tank them.

I still remember my very first solo kill, as a scout for a small raiding party in Delve, it was only a Cheetah and the covops cloaked dropped , at the time a hefty 120million ISK and I successfully managed to get it out of Delve even after stirring the hornets nest.

Speaking of ISK, I remember it taking me a month of ratting near Bamamake to make my first million ISK, it was much harder back then to make ISK and we appreciated everygoddamn cent.

When you lost a ship back then, it really hurt

I remember killing a rather tough rat in a belt in Abudban, a Domination frigate which dropped a BPC for a Dramiel, I sold it to a fellow Arsian for 100million ISK and I moved to nullsec shortly after, being super wealthy and all.

I remember my first day in nullsec, a stressful freighter escort through HED-GP down to V2-VC2 in Catch in my one and only Rifter. I remember losing that Rifter the very same day but not before getting on my first killmail, tackling Noobjuice's Claw before exploding in blaze of adrenaline fuelled glory.

And yet, after all these things, memories and experiences, I still get the shakes when I engage in boat violence.

And I still smile every time somebody gets upset about said violence...

To old friends long gone, to old friends still fighting, to the new friends I have yet to make, thank you. Special shout out to Sard Caid for gifting me a Hematos, it has blood on it cause I fly it like I stole it.

And a big thanks to CCP for keeping this universe turning.

We now return you to your regularly scheduled violence and chaos.
Posted by Kane Rizzel at 16:48 3 comments: