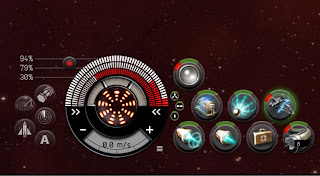 How do you EVE?

Basically, there were two sides to the world. There was the entire computer games software industry engaged in a tremendous effort to stamp out piracy, and there was Wobbler. Currently, Wobbler was in front.
-- (Terry Pratchett, Only You Can Save Mankind)

This is how I EVE 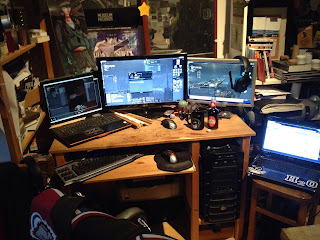 Labels: How I eve

A rather dull evening locally, very little happening other than me being impressed at my skills with a 36km infinite point on an old Broadsword, which was put to good use catching a stabbed Procurer who thought he was immune to old school gate Piracy.

Started playing around with a Strateo fitting but I'm not convinced yet, but holy shit, have you guys seen the Mobile Depot?

Anyways, I was bored so boarded a Tristan and headed to Amamake. Very little I could engage realistically en route, cross jumped a rather large frigate gang on the Amamake gate, but I liked this Tristan and wasn't going to just throw it away.

I docked up in Ama for a bit to have dinner, the Vegan Mac n Cheese is particularly delicious.

Setting my nav com to Bosena I headed on out again, still not much I could fight until I hit Arnher. Scan showed a few frigates about, possibly together or fighting amongst each other, who knew, so I warped to the Novice plex at 50km, soon enough A Firetail warps in and we start a slow dance around each other, to see who would make the first move.

we hover at about 24km from each other and the Firetail engages with a long point. he's not moving terribly fast, possibly on afterburner but he could always be duel propped. I start to spiral in as he starts to apply damage at range... Artillery, goddamn artillery and with the Firetail being more agile and faster this was going to be a problem.

I launch my drones and engage, I land a web but he seemingly has me dual webbed, as he outruns me and gets out of web and scram range. At least he's not dual propped.

A Magnate warps in at range, things are about to get interesting, it seems the Magnate is waiting to take on the winner, who would most likely be severely damaged giving the Magnate the high ground. The fight between me and the Firetail isn't over yet as I'm deep in armour, my overloaded repper clawing back vital hit points as my drones continue to go to work on the Firetails armour, but he is repping great big chuncks back, I can see the nanites working furiously to keep him intact.

He moves out to 30km and eventually loses point, it seems he's running but still applying damage to me, I'm just about out of armour, my repper decides to reload... What the actual fuck!

The Firetail explodes... Instead of warping out he tries to kill me off with a last volley or two, but my drones are tenacious little bastards and quite deadly.

The Magnate decides now is the time to try steal the loot, he's faster than me and closes on the wreck quicker, but I get in range to get point and web on the golden ship. He engages, with me in deep armour already, an easy kill.

My repper finishes it's long reload and starts to burn, repping great big chunks of armour, I change ammo as this fight is going down eyeball to eyeball.

The first module to melt on my Tristan is my afterburner, then the web and finally the scrambler... This isn't going to end well, I can't get away.


The Magnate explodes, he was in deep trouble but the thought of getting that last shot in was too tempting.

Who needs tackle when you just need to look like you're one shot away from dying?

GF in local before I headed off to find a place to put out the fires and repair all the damage. Eventually made it to Bosena, saw Sard Caid in a Dramiel and took a break. The rest of the night was a wash, I went back on the Amamake route, saw nothing I could fight so went home.
Posted by Kane Rizzel at 03:37 No comments: