God does not play dice with the universe: He plays an ineffable game of His own devising, which might be compared, from the perspective of any of the other players [i.e. everybody], to being involved in an obscure and complex variant of poker in a pitch-dark room, with blank cards, for infinite stakes, with a Dealer who won't tell you the rules, and who *smiles all the time*.
-- (Terry Pratchett & Neil Gaiman, Good Omens)

EVE Pirate Trading cards, rather honoured to be #3 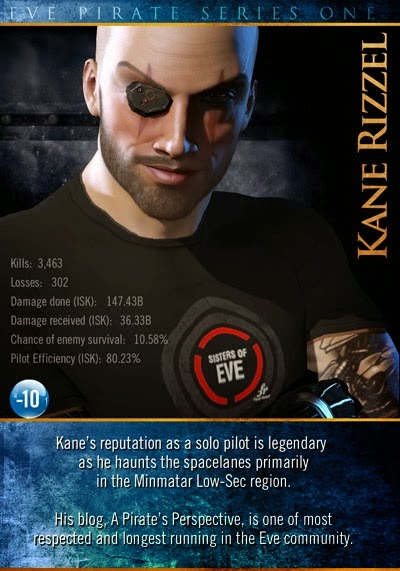 Failed to solo a carrier in my frigate, and now this, loss number 300 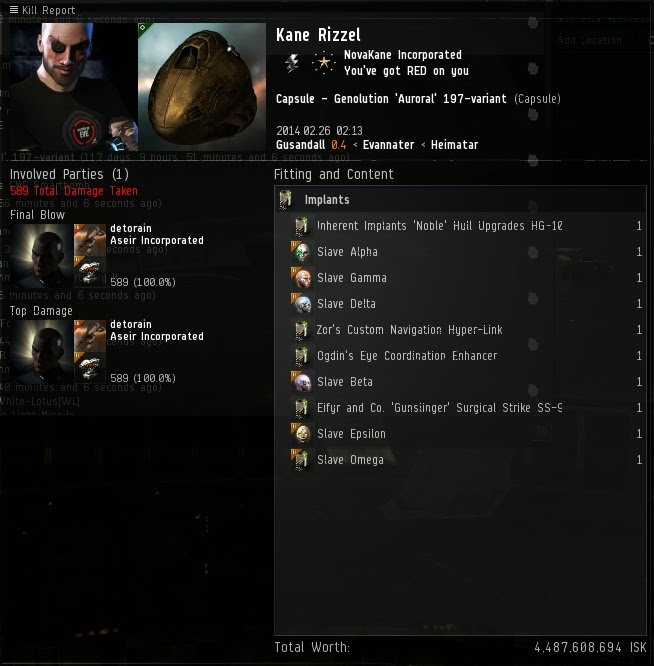 Time to dust off the wallet and send someone shopping.
Posted by Kane Rizzel at 18:57 2 comments:

Old Tom was the single cracked bronze bell in the University bell tower. The clapper dropped out shortly after it was cast, but the bell still tolled out some tremendously sonorous silences every hour.

Thanatos docked and logged once two other folk showed up.

In association with A Pirates Perspective, NovaKane Incorporated and You've got RED you, Kane Rizzel is honoured to present: 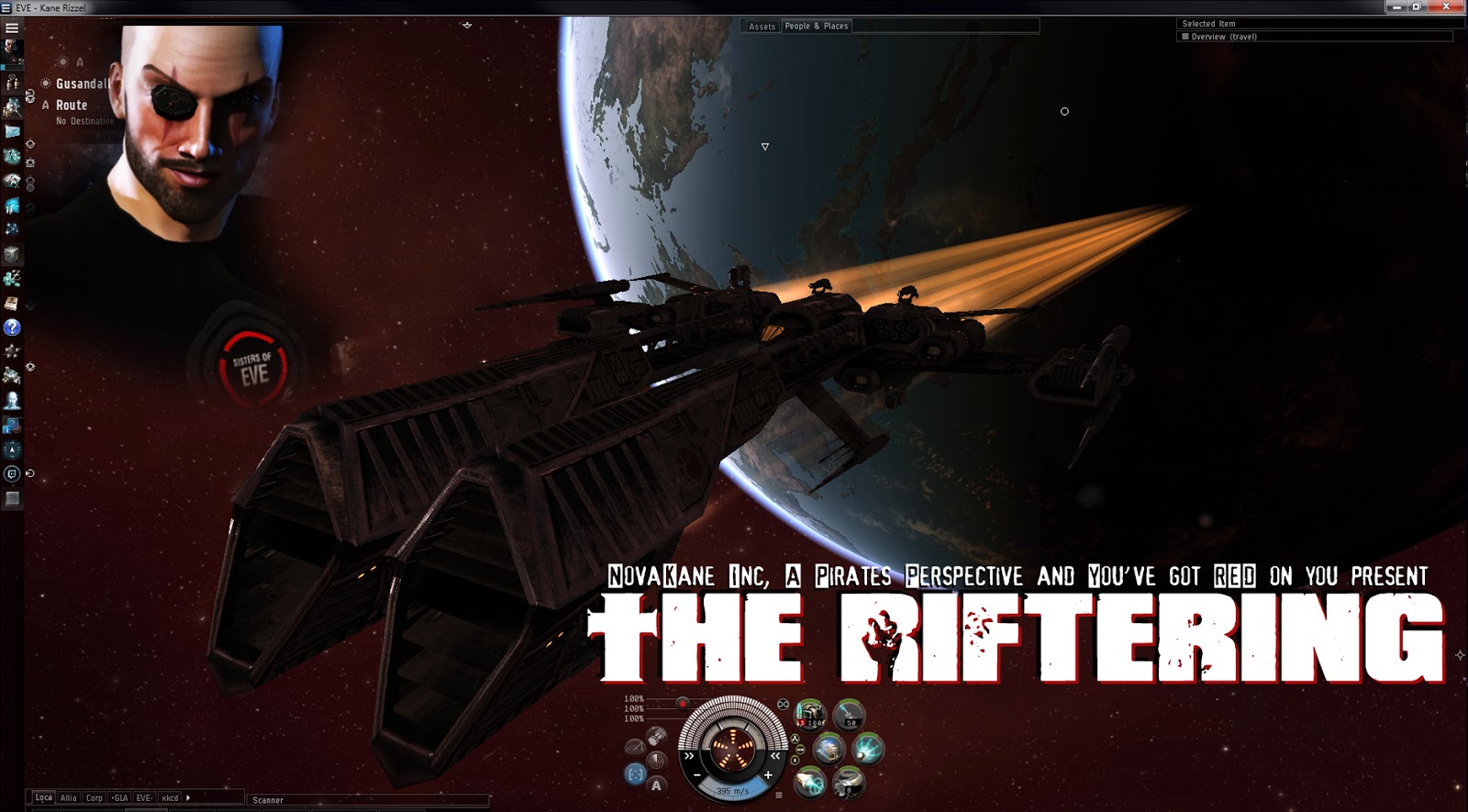 As some of my long time readers and friends know I am soon to go on an adventure that will take me away from EVE for a long time, as such I'd like to go out with a bang.

I can think of no better way than to take a swarm of Rifters and go see the sights of EVE, a little blast through lowsex and nullsex with as many of my favourite trademark ship.

While I wouldn't turn anyone away who comes in a ship other than a Rifter, I'd like everyone to at least try, they're cheap and cheerful with scoopy bits on the front and the level of entry for the roam is low.
One or two sabres and a covops wouldn't go amiss.

Leave your expensive implants at home, this is going to end violently.

My pub channel "NovaKane" is where I would like everyone to meet, the system is Gusandall, the date is yet to be confirmed but will be in March, definitely March.
If someone has a Teamspeak server I could hijack for the duration of the festivities it would be very much appreciated.

Bring friends, your kids and even your pets if they be so inclined.

There is only one rule of The Riftering, Not Purple Shoot It!

Also just want to say that I will be back.

EVE Online: You can log out any time but you can never leave.
Posted by Kane Rizzel at 19:13 7 comments:

Bad spelling can be lethal. For example, the greedy Seriph of Al-Yabi was cursed by a badly-educated deity and for some days everything he touched turned to Glod, which happened to be the name of a small dwarf from a mountain community hundreds of miles away who found himself magically dragged to the kingdom and relentlessly duplicated. Some two thousand Glods later the spell wore off. These days, the people of Al-Yabi are renowned for being remarkably short and bad-tempered.
-- (Terry Pratchett, Witches Abroad)

I started my hunt tonight with a little anger in me, my day had been tiresome, but that should not have affected my abilities. So a hit on a Helios running a site in Sotrenzur should have been business as usual, a casual glance at the local intel didn't show much of anything suspicious.

So I warp into the site, I see the Helios, but I don't look at the Helios, I don't actually see him hacking the site. I close and engage, dual scrams as has become my way, I launch drones and commence the violence.

My greed turns to bemusement as an Astero drops cloak and engages me, scram and web pin me down as I finish off the Helios and then I turn my attention to the Astero. We both have Hongoblins out, 10 drones chewing their way through shields, armour and hull, we're neck and neck but his damage benefits from the application of a web.

I was not fit for a fight, I was purely hunting relic/data runners and this time I messed up, both the pilots are in NPC corps but share a lineage of the same corps, had I actually taken the time to review intel I would have been a bit more cautious.

A little Singularity action this evening 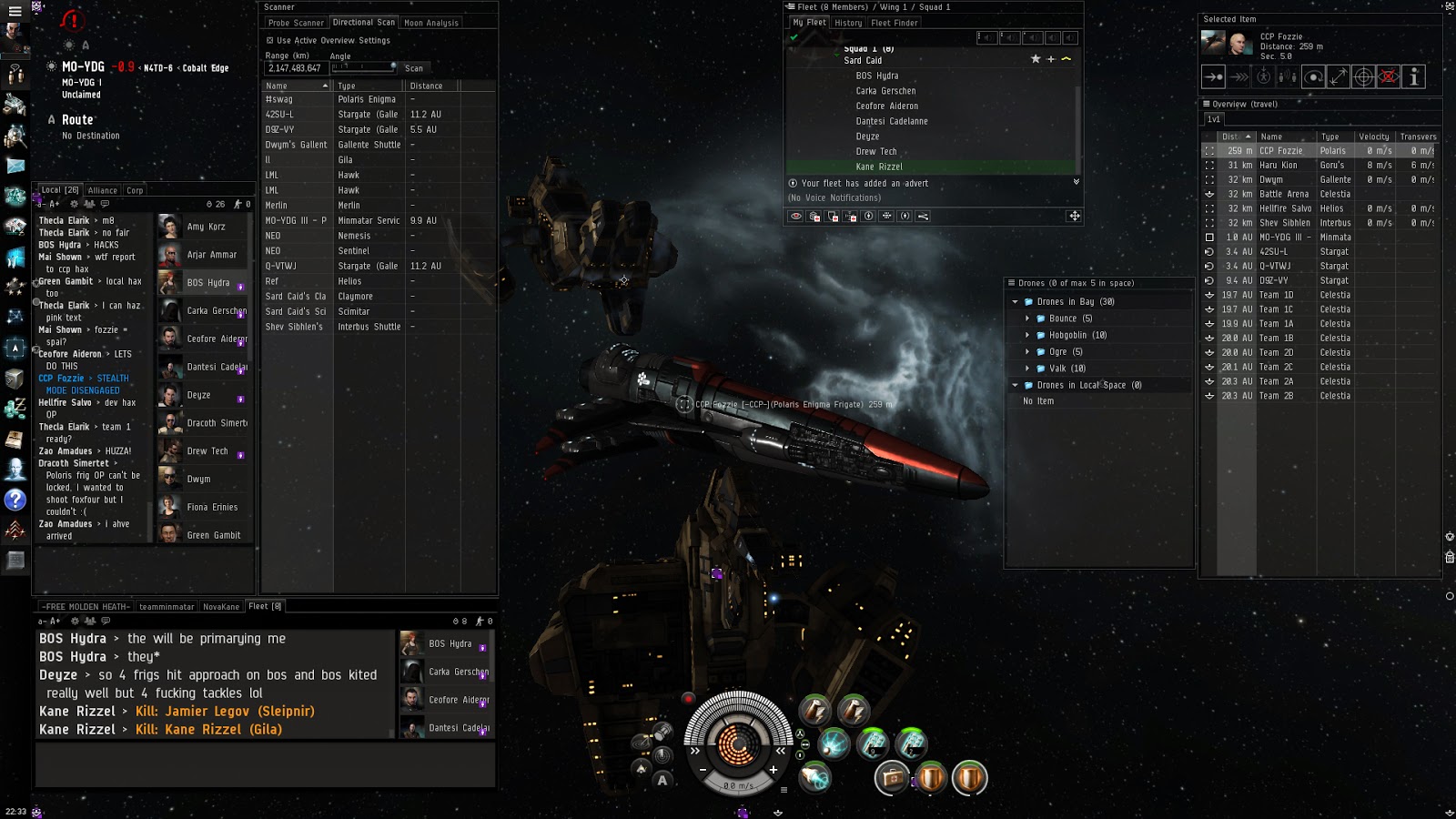 "What sort of person," said Salzella patiently, "sits down and *writes* a maniacal laugh? And all those exclamation marks, you notice? Five? A sure sign of someone who wears his underpants on his head. Opera can do that to a man."
-- (Terry Pratchett, Maskerade)

A nullsec evacuation occurred last night, a somewhat tense affair all be told, I was tired after a long days hunting, a successful day but there's always a chance for one last kill.
It so happened that a wormhole in Ingunn led to the nullsec region of Stain, deep, very deep in nullsec, 60 jumps as the crow flies.
My reason for going in was a Raven appeared on scan and then cloaked, so I was waiting him out. An hour or so passes and the wormhole disappears off my overview.

OH DEAR... Kane has gotten himself into a right old pickle.

The Cloaked Raven reports my whereabouts in the local comms channel but realises his mistake and most likely reports me in his appropriate intel channel, which of course would make things only a little more challenging. So I set about making my way home in my Astero, an uneventful trip, keeping an eye on local, scanning gates for bubble camps, not warping directly to the outbound gate, everything I have learnt in my years of flying through the universe put into practice just to get home.

I remember a good few years back, when still living in Curse with  with my corp Ars Caelestis and Huzzah Federation that I scouted a lot in my Rifter and the childish remarks whenever you'd mention jumping into MY-WIV on a roam. 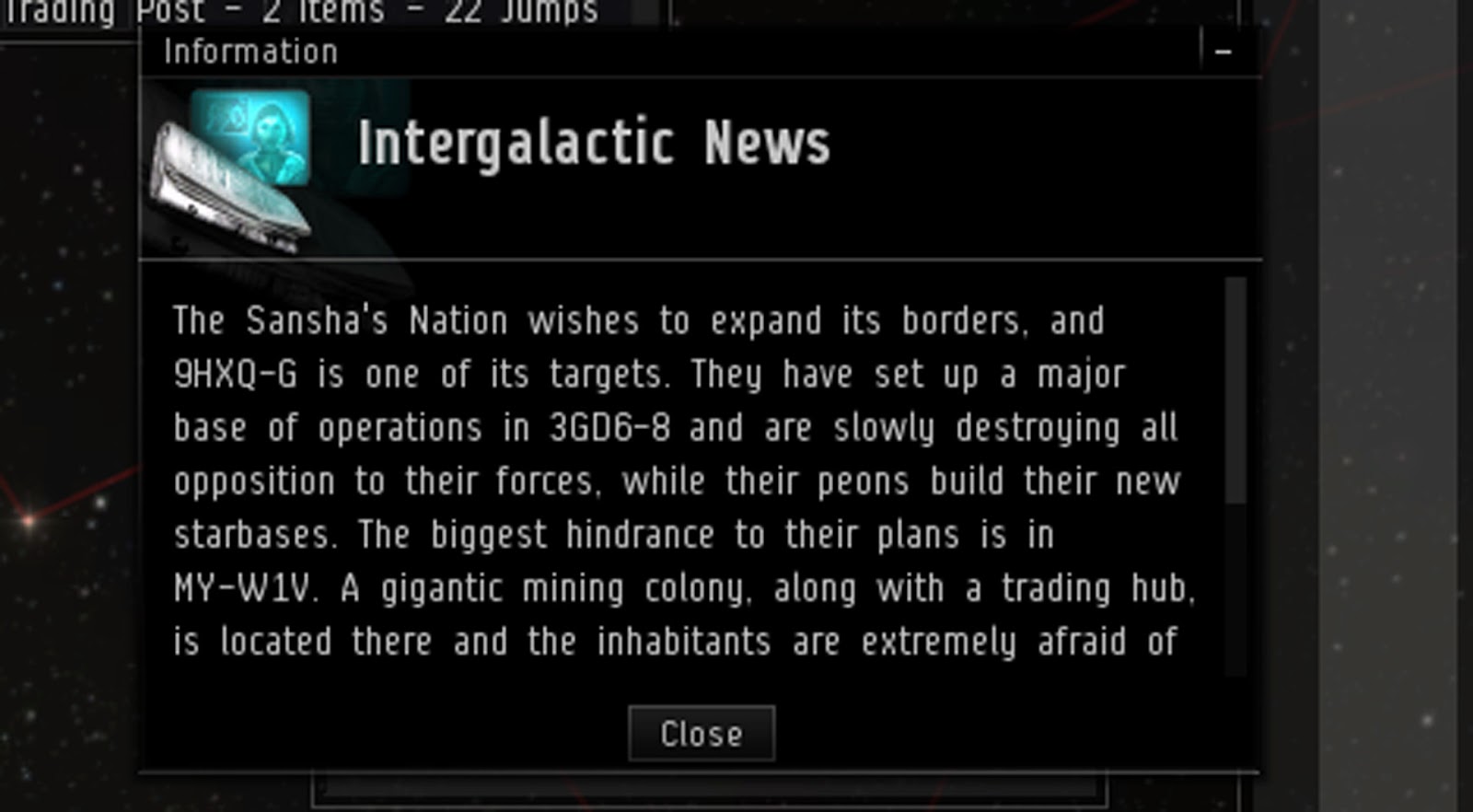 Some of those systems are big, but being Elite makes it easy 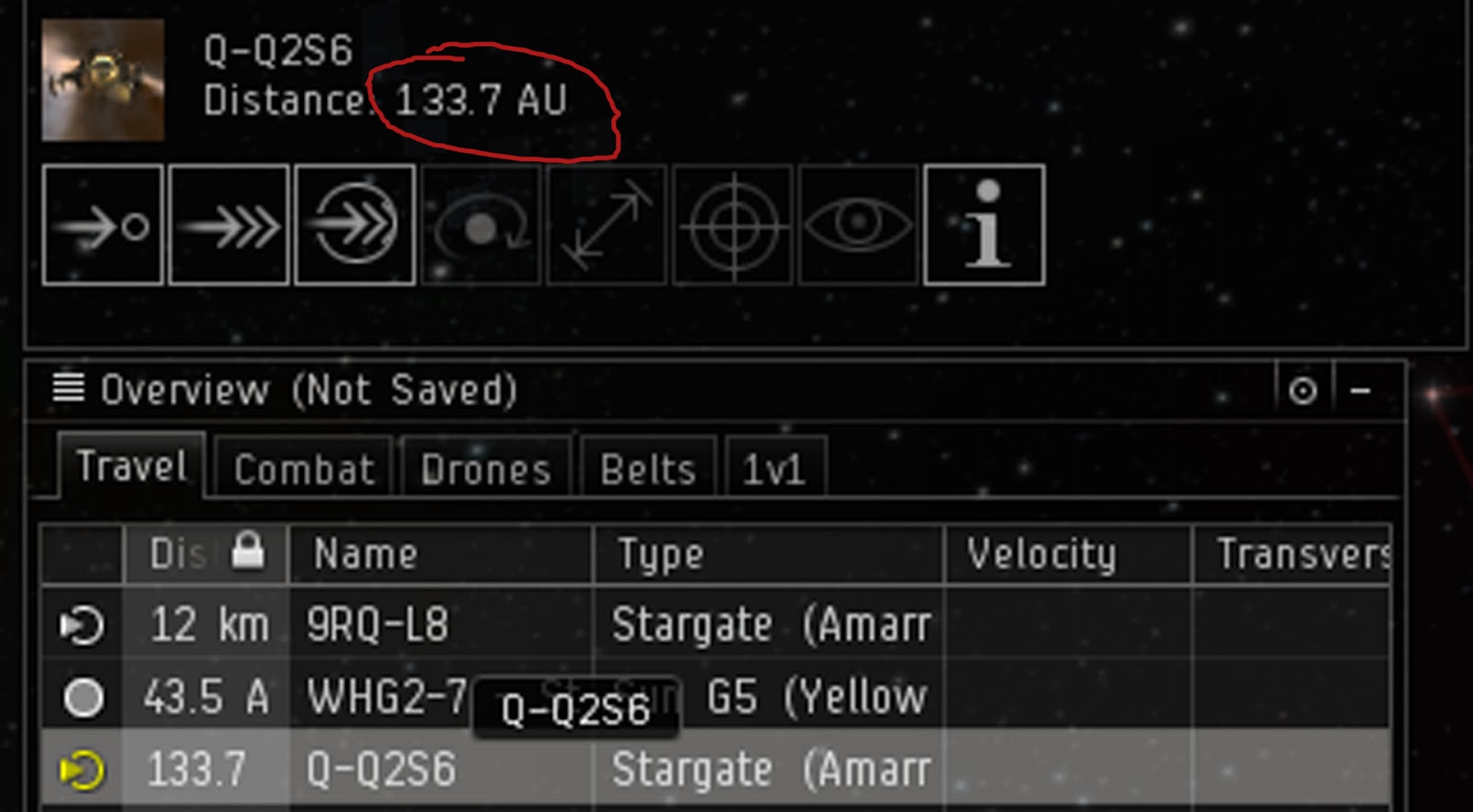 This song encapsulates what being a capsuleer means to me, it perfectly represents a day in my life


Before that little detour through the universe I was treated to this charming conversation after violencing a certain boat doing a mission in Eifer.

At first in the local comms channel:

But soon after a private chat

Perdita thought that not obeying rules was somehow *cool*. Agnes thought that rules like "Don't fall into this huge pit of spikes" were there for a purpose.

Perfect scanning skills has increased my range and the Astero has helped with it's versatility. It is not a solowtfpwnmobile but as a boat of violence it has quickly become one of my favourites.

I was scanning the area for likely honey pots when I found a lowsec wormhole in Ingunn that led to a system in Lonetrek. A quick scan of the system showed one honeypot and a few other wormholes but it was the dscan that piqued my interest, a lone Harpy assault frigate.

My current fit was the relic/data runner hunter with dual scrams and dual propulsion, I would need to refit quickly. I drop cloak, launch a Mobile Depot, wait for it to online, all the while watching the dscan like a hawk... The Harpy was belt ratting.

The depot onlines and my pit stop to refit commences. I drop a scram and the microwarp drive for a tracking disruptor and a stasis webifier. The Harpy disappears off scan, I warp towards the belts out of scan rage and hope for the best. Once in scan rage the Harpy appears again and I land in the belt with him, he warps to the next belt just as lock resolves, I follow.

In the next belt I land on the Harpy at zero, not the best place to be against a ship with neutron blasters, lock resolves and all mods glow green, I quickly gain range but even with a tracking disruptor my armour starts to take a beating, I move a bit further out and start to orbit. His damage eases and my repper claws back my armour, his shields are strong, my hobgoblins are very slowly chewing through them.

The Harpy wakes up and starts to target my drones, I start to draw them in and micro manage, but each time his shields recover as my damage drops. So I just start to deploy a new drone each time one drops. Eventually at half shields he's killed eight hobgoblins so I start to deploy warriors. His sheilds start to dip further, he's tanked against thermal.

My Warriors beat his shields down, they tear through his armour and eviscerate his hull. He warps his escape pod out sharpish.

A great little skirmish. I warp back to the wormhole entrance, refit and scoop my mobile depot, jump back to Ingunn and go home.

Also, Here's a reminder of the Battal Probe's sheer awesomeness. Seems Harpy's are what's for dinner of late.

And the mighty Lady Shaniqua is back. Be afraid... Be very, very afraid!
Posted by Kane Rizzel at 16:28 No comments:

This evening I attacked an Inquisitor sitting on a wormhole in Auren, fight swings my way rather quickly, but he escapes mere seconds from death, deep in hull by jumping into said wormhole.

The relieved Inquisitor pilot calls me via deep space telephone and asks a question:

By this point I headed to Eifer as news of a Taranis who had just killed a Rifter reached my ears. School was about to commence.

Kane Rizzel > Kill: organikspace (Taranis) link your corp that (Battle Probe proves yet again why it the best Brawler in the universe)
Tul Breetai > gawdamn
Tul Breetai > lmao can I get that fit too?
Kane Rizzel > I'll dock up and we can talk about the Astero
Tul Breetai > kk
Kane Rizzel > Daniel Trooper this is my basic hunting fit, the td is offline which I don't normally need as I hunt data/relic runners 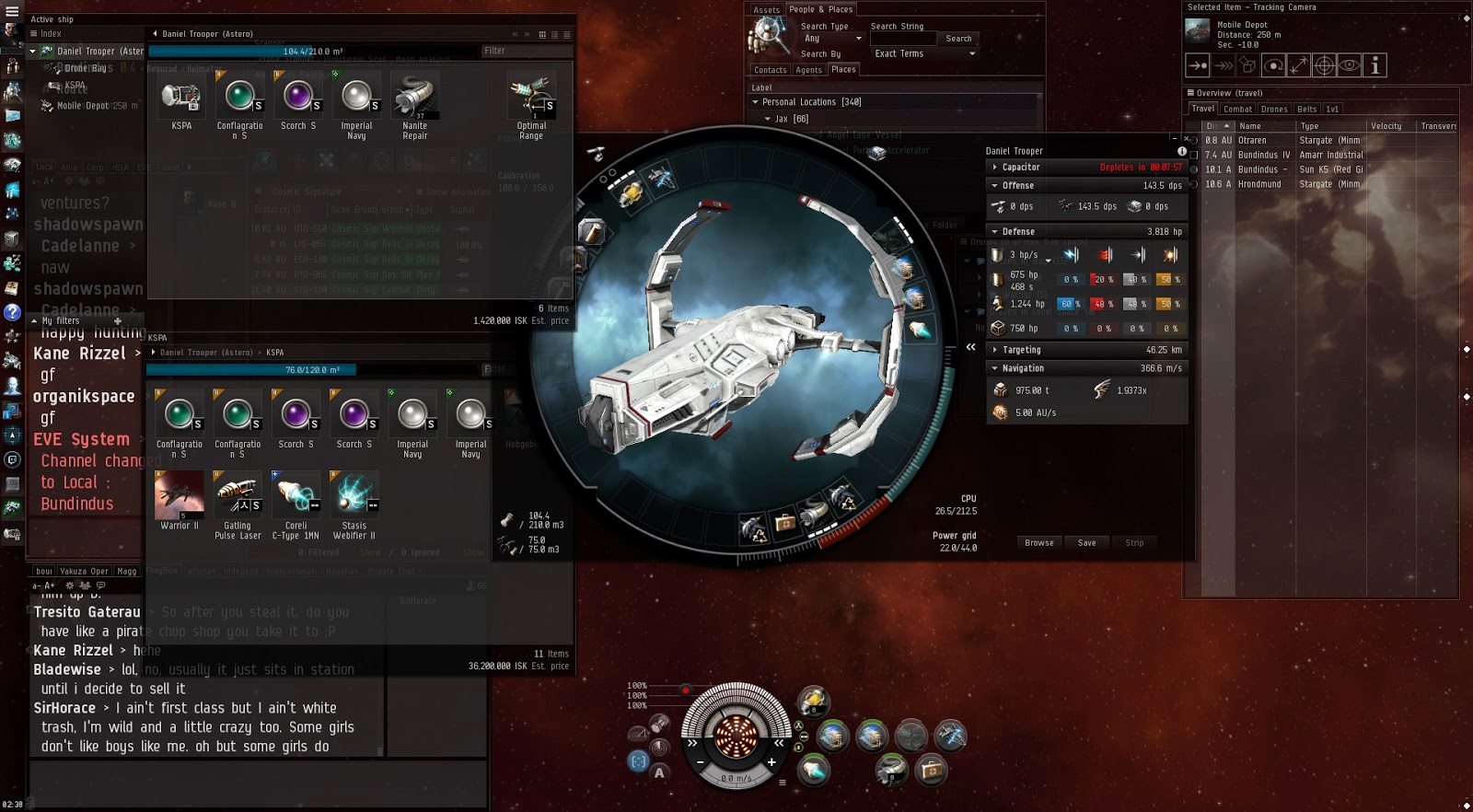 Kane Rizzel > if I'm full combat the probe is dropped for a gatling pulse
Kane Rizzel > I dualprop when hunting bigger things for the get the fuck out ability
Kane Rizzel > but that's dualprop, web and scram
Kane Rizzel > dual scrams mostly because everyone and their mom runs triple stabs (seriously, it's getting to a point I may need to run dual 3 point scrams)
Kane Rizzel > so I carry a mobile depot to refit
Kane Rizzel > Daniel Trooper so like this for full combat 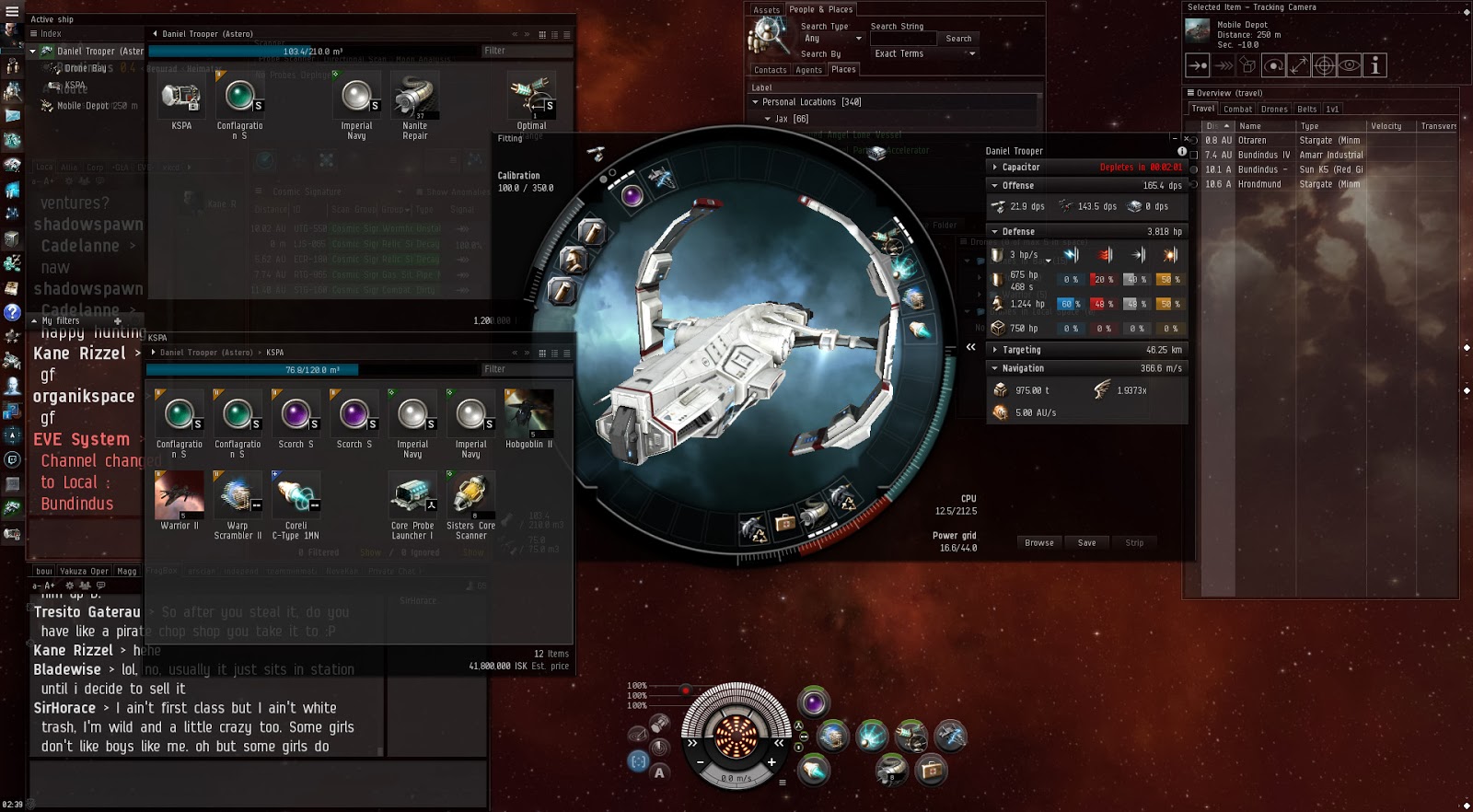 Kane Rizzel >Daniel Trooper  or this for kills like this  Kill: Crimson Jackal (Maelstrom) 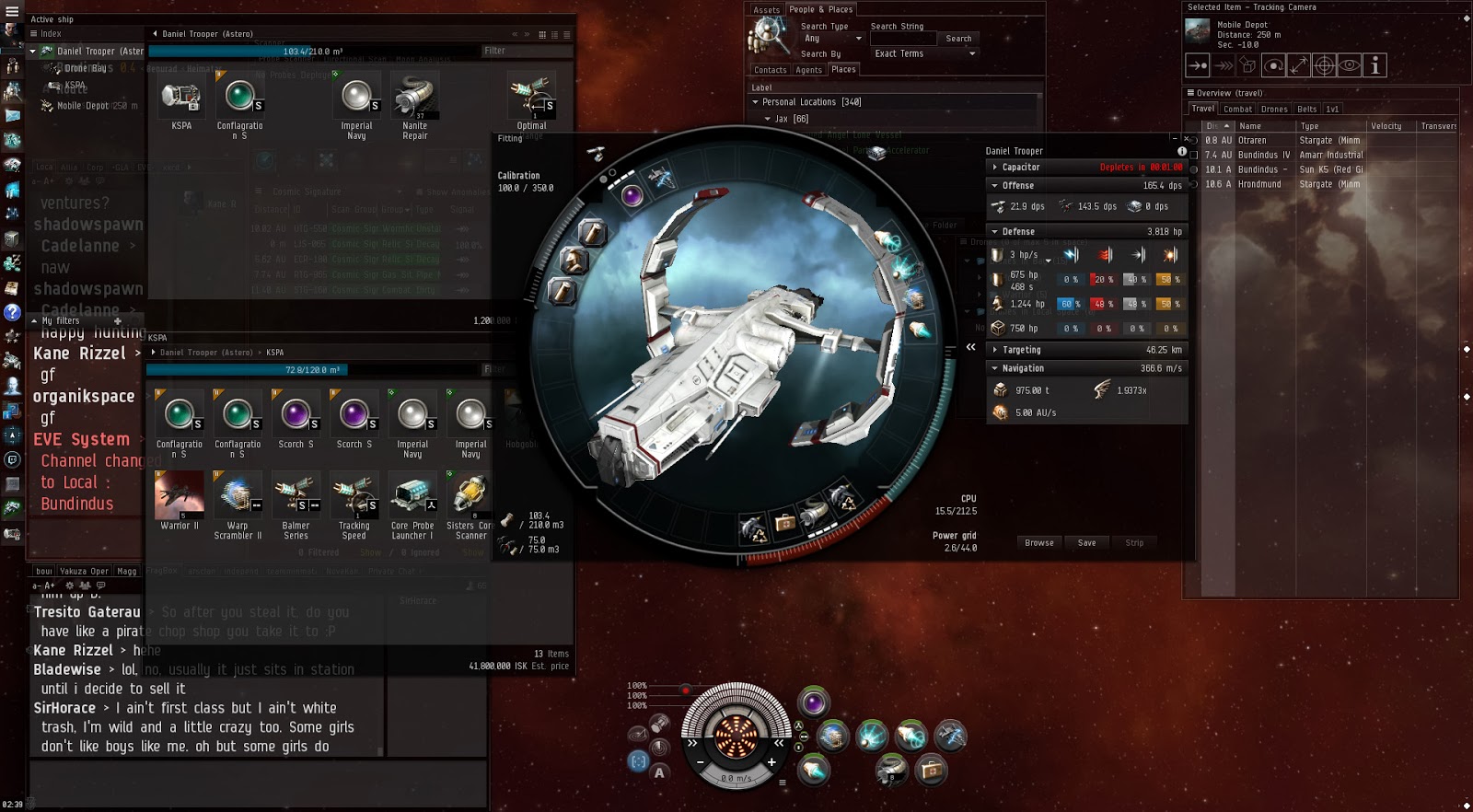 A good nights hunting to be honest and I'm always up for a chat :)

PS: Someone please design me a Sisters of Destruction Logo a la Sons of Anarchy
Posted by Kane Rizzel at 19:13 1 comment: