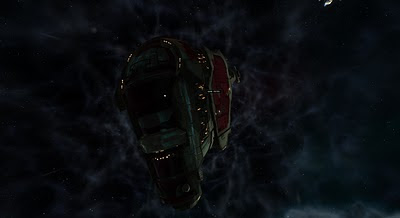 Repping the reps
Posted by Kane Rizzel at 11:58

At least none where assault frigs with increaded tank. I find faction frigs do good dps and ahve good slots but usualy lack in tank. Sounds like a thrilling battle.

Ooh I like your kind words good sir, thank you, thank you. However, it must be said that a Kane Rizzel broken piece of Daredevil hull would make for an excellent addition to our corporate locker rooms' trophy cabinet.