Roaming and a rather important announcement 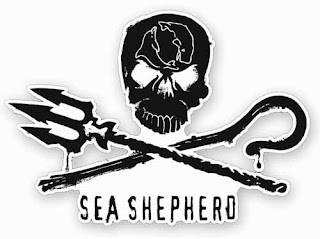 The Kappamaki, a whaling research ship, was currently researching the question: How many whales can you catch in one week?

I've taken to roaming a few faction warfare zones with no real fights to speak of, one fight against a Firetail on a stargate ended with his Cynabal friend jumping in and popping me just as he was about to die in a fire, and two separate procurer kills. (Edit, a rather nice little fight against a merlin now) It appears faction warfare is plagued by Cloakers... Oh well.

The big announcement is that I will be next year be volunteering for Sea Shepherd as crew member on one of their ships, basically according to the 9th circuit court I will be a Pirate.

I've not yet been assigned a specific ship, will find out more after the current Antarctic campaign ends but will be shipping out next March, most likely from Melbourne in Australia.
I have given notice at my current employ, which ends mid December, so that I can go spend the festive season and new years with my family in South Africa for the first time in 13 years, before returning to the London to finish preparations for at least a year away.

The Rizzel's will go into hibernation, waiting for my return.

Until then I will be about a bit more often, trying to get fights here and there, doing piratey things as is my way.
Posted by Kane Rizzel at 15:50

Good luck out there. I must say you might have given me some ideas...

Good Luck Kane, see you on the otherside.

I'm not much of an ECO nut, but I think what we're doing to whales is indefensible. They are intelligent, relatively low in numbers, and unobtrusive to man. The "research" moniker is completely tattered and beyond excuse.

All the best big K.

..and but now I'm of two minds: do I want to see you on BBC News sometime next year, or better not?