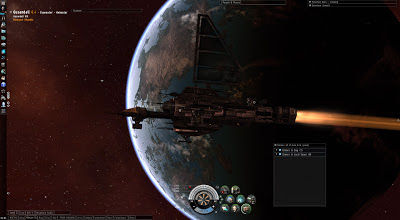 A second WCS would gimp his lock time/range too much and if someone brings a faction scram for 3 points he will still die.

What he needed was another heat sink so he could have cleared the anomaly faster. Training for some t2 modules should help him out as well.

Probe as pvp ship? Could you have taken him if he had been t2 fit?

WCS - The biggest head scratcher in all of Eve! From both sides of the coin.