WHO KNOWS WHAT EVIL LURKS IN THE HEART OF MEN?
The Death of Rats looked up from the feast of potato.
SQUEAK, he said.
Death waved a hand dismissively. WELL, YES, OBVIOUSLY *ME*, he said.
I JUST WONDERED IF THERE WAS ANYONE ELSE.
-- (Terry Pratchett, The Truth)

I broke 100 million SP this evening, quite a milestone and quite scary considering I haven't trained any capital ships.

But I can drop a cyno like it's hot 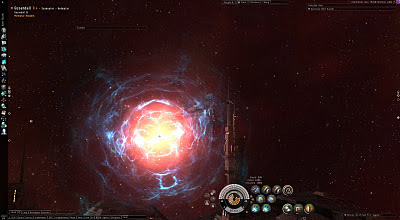 Anyways, I did something a little different this evening. I joined the residents of Molden Heath, a rowdy bunch of Pirates who enjoy nothing more than leaving a path of destruction wherever they may roam, on a small operation.

There was a theme to the op, cruisers of death with some rather severe logistic support, we would need it of course as we weren't just going around the block for a joy ride, we were out to look for trouble 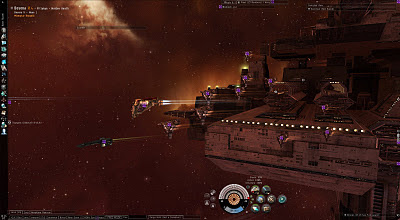 However we tried, trouble seemed to be the last thing we were going to cause this evening as our intended targets didn't arrive at the designated time and had us waxing lyrical about various topics. 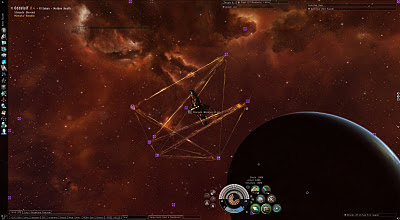 Eventually we took our merry band of trouble elsewhere but soon our intended targets were moving into the position we wanted them, so we made haste back to the system where we would unleash our trouble only for the Coalition of Anti Pirates to spoil the party. This could not stand, we would not allow the angry haters of freedom and pie to go unpunished so we had a warpin setup and bowled right into the middle of their long range fleet.

THERE WAS A FIREFIGHT

And when the dust settled the surviving COA fleet had burned off and warped out to range. We took zero losses on our side but only managed to kill three battleships and an ecm cruiser.

We would later try an re-engage the initial targets with a with a mixed shield gang but they had dual carrier support on station and we couldn't break their rep.

I headed back to Bosena with the rest of the gang, it was late and I needed some sleep.

Thanks to the Molden Heath massive for a good night out, much enjoyed and I look forward to a few more such outings in the future, hopefully next time we get more exciting trouble.
Posted by Kane Rizzel at 20:13