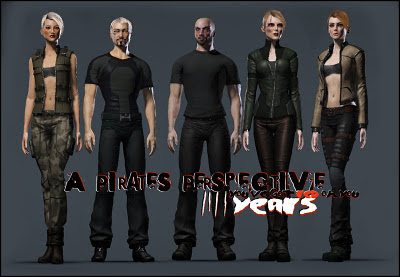 A Pirates Perspective turns four today and I would just like to take a moment to thank each and every one who has read the words I type, the stories I've woven, shared with me the highs and the lows of what has been an immense journey, this blog would be nothing without someone to read it.

While I'd loved to have had an epic tale for you this evening, things don't always work out as planned. In fact, it almost ended up being a very expensive day for NovaKane Incorporated.

I had joined the Molden Heath pirates to try get a fight from some folk who had knocked a bait POCO into reinforced. They didn't come as we had a very nasty fleet so we decided to knock one of their POCOs into reinforced to see if we could get a fight. 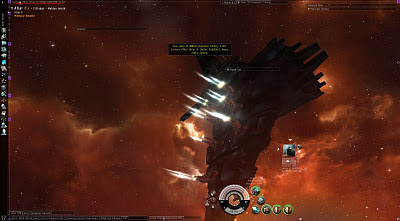 We were bored and the thought of dropping some dreads on the POCO to make the job quicker crossed our minds and before you knew it we had three dread pilots in gang ready to jump, one of them being Keira. We jumped the dreads in, sieged red and went to work, meanwhile a hostile gang, not affiliated to the POCO owners had jumped in and warped to the cyno in a heavy battleship fleet with logistics support.

Our fleet composition was no match for the battleships and before we knew it we had lost an Arazu and the first dread out of siege was tackled. Keira exited siege and spammed warp to the station, the behemoth taking an age to align and it was only a matter of seconds before she was tackled.
WARP DRIVE ACTIVE

"HOLY SHIT!" she screamed as the Moros warped away, having been hit with a Stasis Webifier, accelerating her warp.

But the fight was not over, our other dread had gotten out leaving just the Naglfar tackled. We were outgunned so we raced two jumps back to Bosena to reship into heavy armour battleships, hoping we could make it back to save the stranded dread.

As we jumped back into Atlar, the Naglfar exploded under heavy fire and cap neutralizing applied by the hostiles. We warped in anyways, with a triage carrier joining us on the field, we started to point and take apart what we could, eventually killing two Guardians and two Abaddons

The battle report shows what were originally in and what we ended up in, good fights shared in local and whilst we lost the ISK war, we held the field. 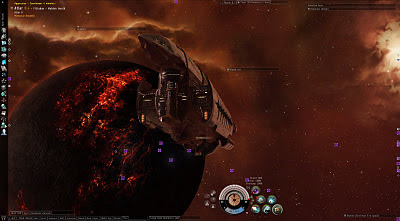 Quite a few lessons learned from this evening and I think we were lucky to only lose a dread and a recon. But the corp Moros did get a night out, she does love to party :)

Edit: Almost forgot, Crafty flooded his bathroom whilst trying to save a capship, that's got to be worth a medal :)
Posted by Kane Rizzel at 16:39

Congrats on the 4 year marker! Oh wow, bad timing on that gang rolling through.

Our poor POCO... Repping the damn thing was boring as, least it looks like you got a good fight out of it.